70th Anniversary Message from the Chairman

I would like to thank all our members for their generous support and continued patronage over the years.

Seventy years ago, on August 27, 1952, the International House of Japan was founded.

And in November of that year, Shigeru Yoshida, then Prime Minister of Japan, held a tea party at his official residence to launch a fundraising campaign for the construction of the I-House building – still referred to as the biggest fundraising event of the postwar period. Thanks to an appeal from inaugural I-House chairman Aisuke Kabayama and a call for donations by the Bank of Japan Governor Naoto Ichimada—who chaired the fundraising committee—contributions were made by more than 7,000 corporations and over 5,000 individuals from all over Japan, from political and business leaders to experts in the arts and culture and intellectuals. We are sincerely grateful to all of them. Together with a matching grant from the Rockefeller Foundation, the main building was completed in 1955, three years after our founding.

The building was jointly designed by three of Japan’s leading modernist architects, Kunio Maekawa, Junzo Sakakura, and Junzo Yoshimura, and is now a registered tangible cultural property. It has been frequented and cherished, along with our Japanese garden, by eminent figures for the past seven decades.

A long and tragic world war had just ended, but the Cold War had started with the Korean War breaking out two years earlier, when I-House was established. Japan’s position in the world was debated, and it was thanks to the aspirations of Shigeharu Matsumoto, who would become I-House’s first senior executive director, John D. Rockefeller III, with whom Matsumoto had been in close contact before the war, and many others involved in the establishment of I-House that Japan was able to return to the international community. I am proud to note that I-House has been making a major contribution to the peace and prosperity of the Asia-Pacific region since that time.

Given the increased tensions and divisions in the world in recent years, I believe we need to redouble our efforts to build a more sustainable and peaceful world.

Last month, the International House of Japan merged with the Asia Pacific Initiative, one of Japan’s leading think tanks. This has greatly strengthened our endeavors in policy research, which has been a mainstay of our activities since our establishment, and laid the foundation for us to better respond to the critical issues of the times.

Combined with the strengths of our other programs for social impact, a vibrant community of illustrious members, and outstanding facilities that can accommodate international dignitaries, we are ready to become an intellectual hub not only for Japan but all of the Asia-Pacific region and fulfill our mission to “Contribute to building a free, open, and sustainable future through intellectual dialogue, policy research, and cultural exchange with a diverse world.”

On this occasion of our 70th anniversary, I am reminded of the lofty aspirations that were harbored by the great leaders who helped found I-House and, at the same time, feel a sense of fate to be gathering here with like-minded people 70 years later. I am sincerely grateful for the warm encouragement and generous support that you have shown us over the years, and I look forward to working with you to build an even brighter future for I-House in the years ahead. Thank you very much. 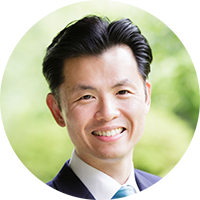