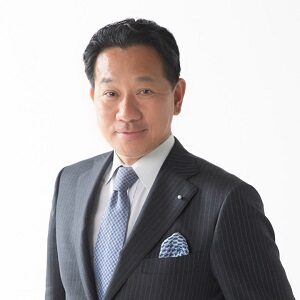 Kosei Kobayashi has been an Deputy Managing Director of International House of Japan since 2020. He is the President and CEO of KK Holdings Inc., a consulting and M&A advisory company from 2016. Prior to founding KK Holdings, he held the position of Senior Managing Director at a Japanese luxury magazine publisher, Sekai Bunka Publishing Inc. from 1996. Before pursuing a career in publishing, he worked at Mitsubishi UFJ Bank in New York from 1993. He graduated from Keio University department of economics in 1987 and earned a Master of Science in Publishing from the School of Professional Studies at New York University in 1998.
He has served as the President of the NYU Alumni Club in Japan since 2017.