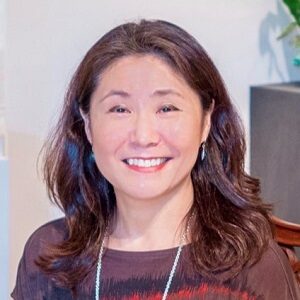 Born and raised in Tokyo. After studying abroad at the Australian National University in Canberra and graduating from Tsuda University in Tokyo with BA (American Studies), she worked at an American investment bank.
She joined Toshi Shuppan, Publishers, where she started her professional career as an editor of 17 years. In 1988 she was involved in launching “Gaiko Forum” (a monthly journal on Japan’s foreign policy and foreign affairs) and served as Editor-in-Chief from 1999 for 5 years.